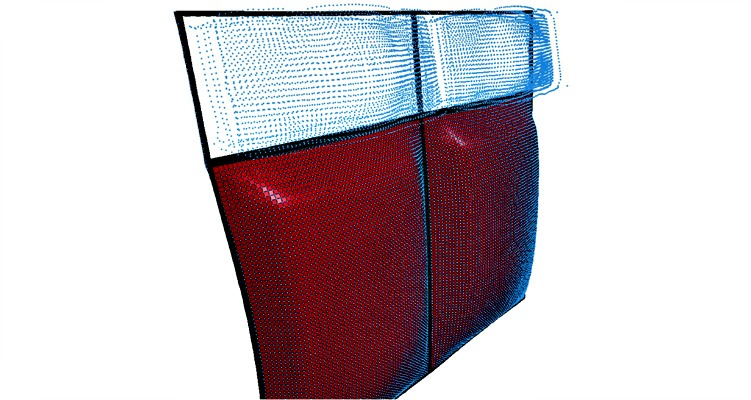 In each WhAM design model, structural mullions are represented through the use of Timoshenko-type beam elements while glass lites, interlayers, and IGU spacers are modeled with reduced-integration shell elements. Constant stress solid elements are used to represent the IGU air gaps and structural silicone. Using this mixed element approach, a design-level fidelity is achievable, facilitated through the use of user-defined constitutive models (UMATs) for glass, PVB, and silicone, formulated by PEC engineers. 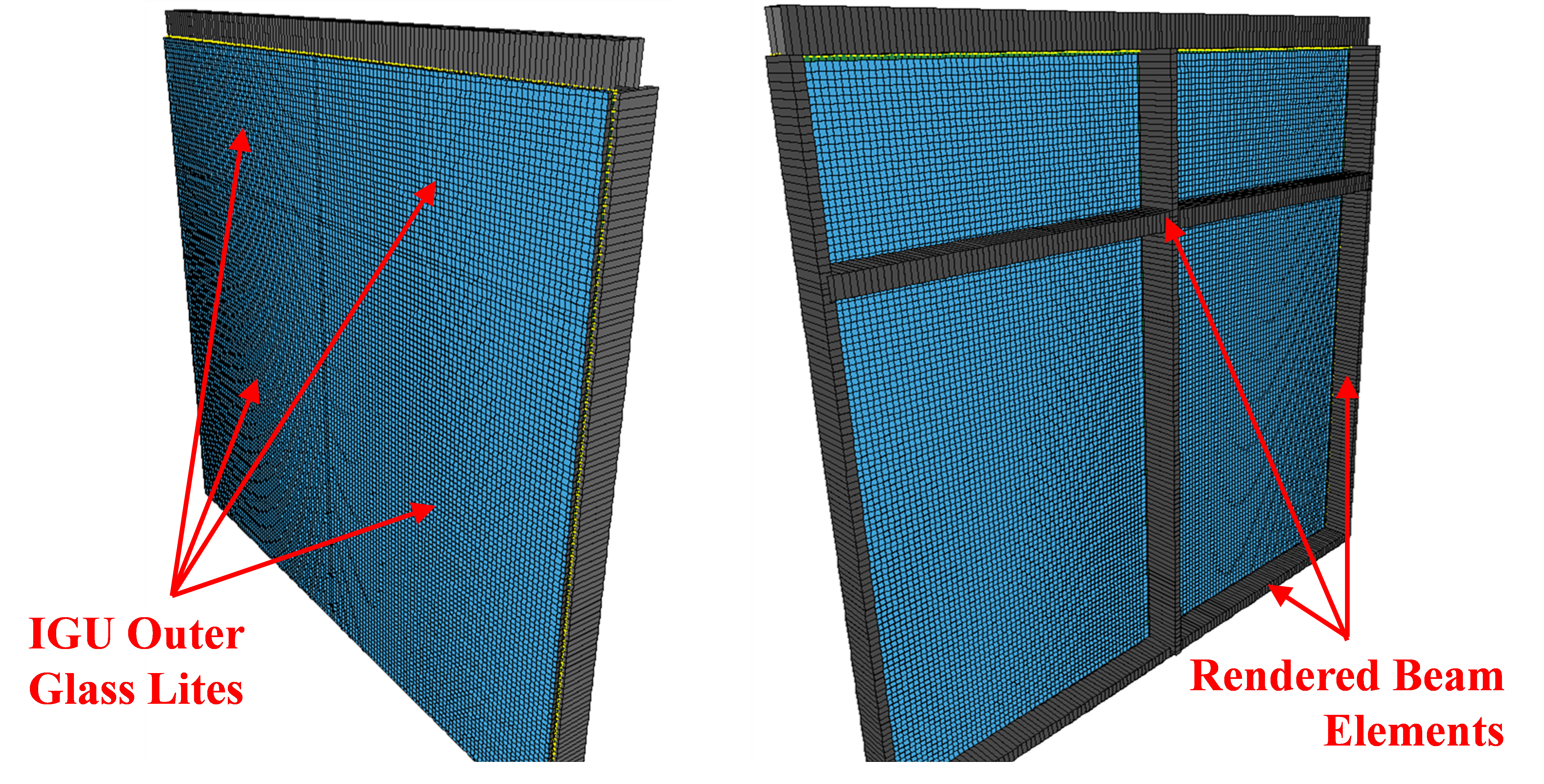 Glass material behavior in WhAM is characterized with an UMAT model with an embedded flaw-based probabilistic failure criterion consistent with ASTM E1300 Standard Practice for Determining Load Resistance of Glass in Buildings. In this approach, maximum principal stresses are used to define glass-break, at which point the failed glass lite is removed from the computational domain. However, the momentum of the shards is maintained by retaining the nodes of the failed elements and partitioning the mass of the failed glass lite to each node. In this way, momentum can be transferred from a failed glass lite to the PVB interlayer through a kinematic-constraint-based tied contact definition.

In addition to glass material behavior, Hyper-elastic UMATs that incorporate dynamic strength increases associated with both strain and strain-rate are also used in WhAM to characterize the material behavior of PVB and silicone. To appropriately represent the interaction between glass shards and the interlayer material, the PVB UMAT also incorporates a strain-based stiffness increase due to the presence of adhered shards.

Importantly, the WhAM modeling approach has been validated for blast loading conditions by comparing simulation results to experimental data obtained from several shock tube tests sponsored by Enclos Research and Development and conducted by ABS Consulting. Traditional curtain wall systems (not systems designed for blast) with monolithic spandrel IGUs and laminated vision IGUs were provided by Enclos for testing. In each of these tests, digital image correlation (DIC) was employed in conjunction with speckle patterns and high-speed cameras to map displacement fields that were used to support validation.