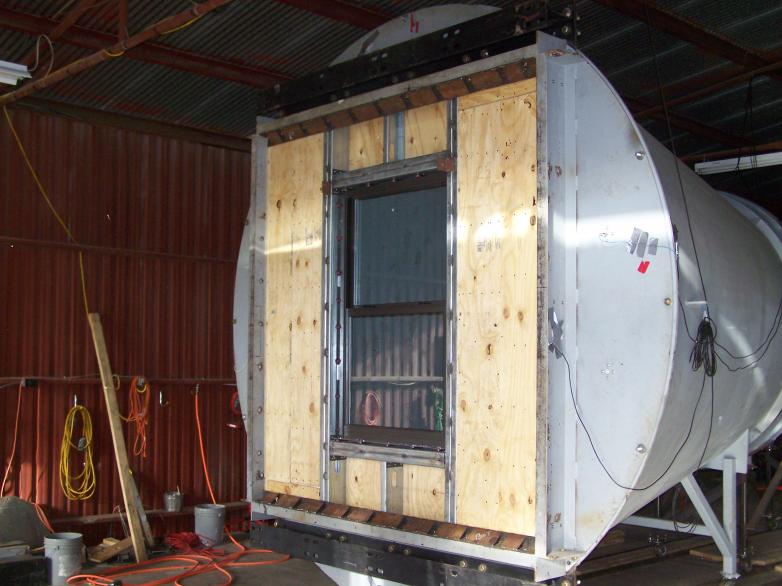 The Wojan Window and Door Corporation contracted us to design and test a new anchoring system for their M950 Fixed window. Wojan was also interested in investigating the performance of their windows for conformance with the low level of protection (LLOP) requirements against the minimum blast threats located at the conventional construction distances as defined in UFC 4-010-01 “DoD Minimum Antiterrorism Standards for Buildings.”

To provide these services, we used conventional structural analysis and design methods combined with blast load/response prediction tools. With these, we designed a new anchoring system consisting of a clip anchor that slides into the window frame along the jambs and sill. In addition, we developed a test plan and oversaw a series of shock tube tests conducted in accordance with ASTM F1642 “Standard Test Method for Glazing and Glazing Systems Subject to Air Blast Loadings” to assess the performance of the newly developed clip anchor and window system. Shock tube tests were performed at ABS Consulting shock tube test facilities in Bulverde, Texas.

The test series showed that the blast clip anchor design was capable of providing adequate support of the window systems. None of the tests performed resulted in anchorage failure.

We also performed post-test analyses of the window systems using the deflection and load data collected from the tests. The purpose of these analyses was to obtain a better understating of the response of these systems and to improve the design methods for future use.