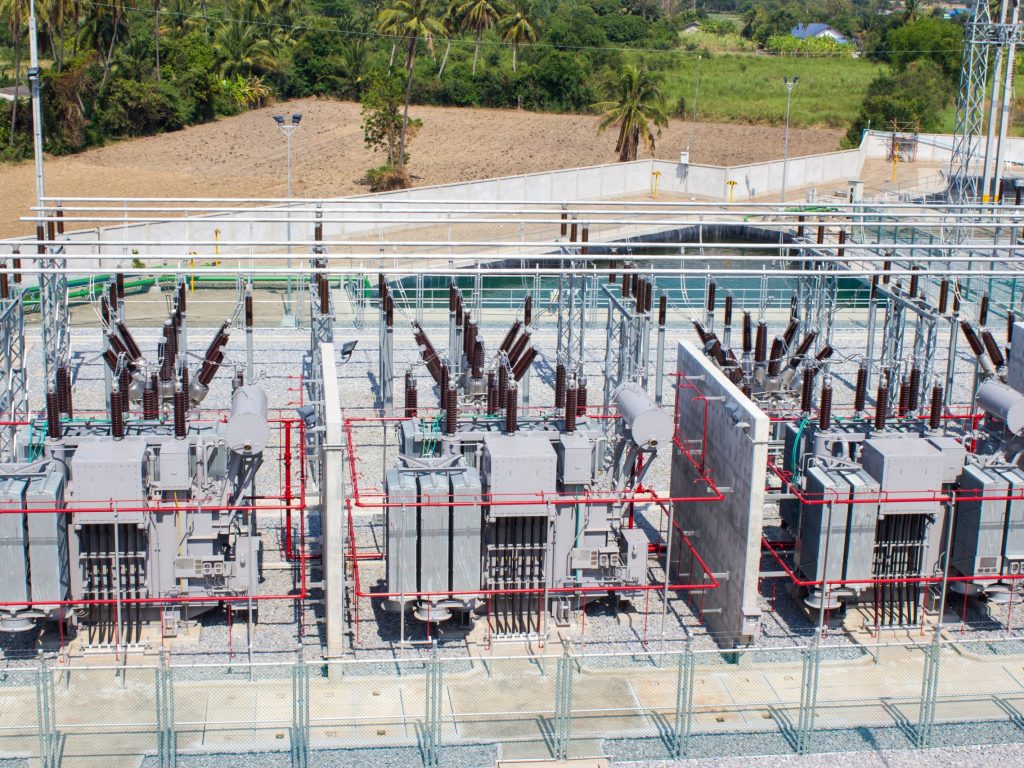 Prudent Measures for Safety of Personnel and Reliability of Continued Operations

Protection Engineering Consultants (PEC) regularly supports industrial clients to determine hazards and vulnerabilities in terms of personnel safety and operations for extraordinary and possibly catastrophic anomalies in processes.  Equipment failures, reaction or combustion of stored hazardous material, and damage from natural and man-made hazards are examples of scenarios where additional protection, mitigation measures or shut-down and evacuation plans can be developed.

Large industrial processes are typically highly energy dependent, as large quantities of fuel and power drive industrial capacity.  Electrical power systems, in the form of large step-down (or step-up at power generation facilities) transformers and switches, are a critical part of these large energy sources.  PEC engineers support clients on the hazards associated with malfunction of this equipment; malfunctions that can release significant amounts of energy in the form of blast and hazardous debris (e.g. electrical arc induced blast hazards).  Power transformers can generate damage to nearby critical equipment and can pose serious hazards to people on nearby pathways should an internal transformer fault cause a catastrophic explosion. Oil-filled transformer explosions are caused by low impedance faults that result in electric arcing in transformer tanks once the oil loses its dielectric properties. Within milliseconds, oil is vaporized and pressurized because remaining liquid oil inertia prevents its expansion. The pressure difference between the gas bubbles and the surrounding liquid oil generates pressure waves, which propagate within and interact with the tank. This internal pressure can reach up to 10 times the static capacity of the tank, leading to tank rupture and a resulting blast causing tank and insulator material debris ejection and hot or burning oil dispersion.

The Nuclear Power industry has identified and alerted their constituent base to these hazards in their document SOER 10-1, Rev. 1, “Large Power Transformer Reliability.” [1] That document states that…

“…Transformer failures have created safety hazards and collateral damage. Several transformer events have been complicated by sprayed oil and oil fires. In some cases, catastrophic failures have caused collateral damage to adjacent buildings and plant equipment. The stored energy released during a transformer or support component fault can send shrapnel hundreds of yards. Shrapnel and fire can obstruct existing walkways and emergency egress routes. Adjacent buildings and equipment must be evaluated for risk based on proximity to transformers, and personnel exposure to missile hazards during periods of occupancy and routine operation must be evaluated.”

Because of these hazards, SOER 10-1 provides nine recommendations specifically aimed at increasing reliability and reducing hazards. PEC’s efforts typically specifically address a portion of Recommendation 8 in that document that requires a hazard analysis to…

These practical measures can include barriers around and between transformers [2], calculation of potential debris damage from transformer fault generated insulator explosions, safe standoff determination to limit personnel exposure, and protective measures or hardening to protect people or critical operations from fault generated blast and debris.

In a study to determine hazards and develop concepts and designs for protection, PEC engineers can:

In a recent study for a power company, PEC engineers generated recommendations based on calculations that suggested that, while blast is produced through a transformer explosion, it will not generate significant damage in far-field adjacent equipment or buildings. The primary hazards from a transformer explosion are the debris produced through bushing/insulator failure that would be projected out towards the critical adjacent operations structures, and the debris projected towards exposed personnel walkways, potentially causing human injury (blunt trauma). Two mitigation measures were proposed for this client.  The first mitigation measure was construction of NFPA qualified firewalls (required by NFPA 850) placed between and around the transformers. These barriers were designed to contain blast (still important at close standoffs) and insulator debris.  The second mitigation measure was a debris barrier placed in the far-field to protect a pedestrian walkway. Both of these barriers were designed per NFPA requirements for the NFPA Firewall and SOER recommendations for the Personnel Barrier. These combined impact and blast (where important) loads were used as performance requirements for the barrier systems (along with other service level performance requirements such as fire resistance and wind/seismic resistance).

An example of an NFPA Firewall for close-in transformer blast and debris mitigation might consist of a steel plate barrier made up of 16-ft tall HSS 8x6x3/8 tubes spaced at 4-ft centers cantilevered from foundations with 0.25 in steel plate on both sides. The 16-ft tall height would satisfy the NFPA 850 required height (1 ft taller than the transformer case per section 5.1.4.4 of NFPA 850). This system could provide a high level of protection for the dynamic impact and close-in blast loads near the transformers and would be only minimally damaged and remain reusable when subjected to the transformer explosion combined blast and impact loads.