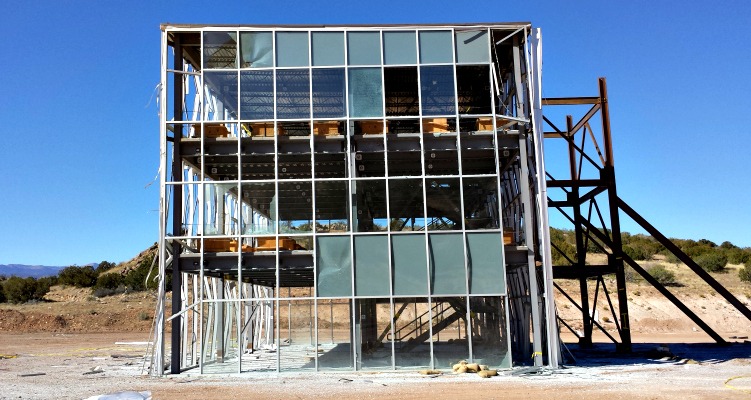 The U.S. State Department diplomatic mission owns or leases space in more the 190 countries around the world. One of the main priorities when selecting the location for embassies and other diplomatic buildings is ensuring the protection and safety of more than 11,000 US citizens stationed in these countries and more than 37,000 US Foreign Service national employees that support the diplomatic mission. Historically, the State Department has preferred the use of reinforced concrete (RC) frame structures because of their perceived better blast-resistance. However, a steel frame building could potentially provide a better solution to the departmental and functionality needs of a given diplomatic mission. One of the main reasons for selecting RC buildings has been the lack of data for conventional steel frame structures inherent resistance to lateral loading from blast events. Recognizing this lack of data, the State Department’s Bureau of Diplomatic Security Research, and Development branch initiated a research project to study steel frame resistance to extreme blast lateral loading.

Protection Engineering Consultants (PEC) used our understanding and experience of blast effects on structures to perform an analytical study to evaluate the lateral response to blast loads of various steel structural systems representative of typical embassy and office buildings. The study used general-purpose structural design and analysis software to perform non-linear dynamic analyses of the lateral response of steel structures using conventional and blast-resistant facades. The response of the buildings was analyzed using an uncoupled approach for the application of the loads. First, the façade elements were analyzed dynamically assuming rigid supports. Then, the dynamic reactions from the façade element analyses (blast resistant or conventional) were applied to the model as lateral point loads at all floor levels across the elevation of the building. Nonlinearity of the frame members was captured using plastic hinges placed at critical locations in beam, braces and column elements. Two of the more important conclusions obtained from the study were:

A test program was initiated with the goal of validating the findings of the analytical study, and possibly using the data to improve non-linear modeling parameters for blast analysis of these buildings. Test 1 was performed at the Energetic Materials Research Testing Center’s (EMRTC) Elk site. The test used a conventional (non-blast resistant) glazed façade on a simple 3-story chevron SBF representative of typical office building construction. The test instrumentation was designed and planned to measure the applied blast load, frame lateral displacement in time (sway), local damage of critical elements, and contribution of façade failure to load reduction. Approximately 16 pressure gauges, 9 deflection gauges and more than 60 strain gauges were used for the test.

Ammonium nitrate/fuel oil (ANFO) was detonated to generate a blast load similar to U.S State Department design loads for Diplomatic facilities. As expected, the exterior curtain wall failed shortly after arrival of the blast load. This resulted in reduced lateral reactions transferred into the LFRS. The peak lateral deflection measured at the roof level was approximately 1.3 inches and there was no evident damage of the braces, gussets plates and other main components of the LRFS. Damage of structural components directly loaded by the blast load was only noticeable in the roof members. The comparison of the test results with pre-test analyses confirmed the findings of the analytical study and seems to indicate that most of the loading on the structure is caused by direct blast loading of exposed elements and not by transfer through the façade elements.

For the second test of this series, the 3-story SBF used in the first test will be retrofitted with a blast-resistant façade. The main goal of Test 2 will be to investigate the findings of the analytical study that indicate that blast-resistant building facades designed to resist loads similar to the blast loads used in this effort can transfer significant reactions to the LFRS and may cause failure of critical components in conventionally-design steel braced frame structures. Work on test 2 is underway.