US Army Corps of Engineers

In an increasingly hostile global climate, protection of critical infrastructure from potential terrorist attacks is an important consideration. In support of this, the University of Texas at Austin and PEC collaborated to develop the Anti-Terrorism Planner for Bridges (ATP-Bridge) software tool, under sponsorship of the US Army Corps of Engineers (USACE) and the Department of Homeland Security (DHS). This tool utilizes fast running models (FRMs) to predict bridge component loading and response due to various explosive threats. One such FRM was developed for blast-loaded steel bridge cables, to assess damage and post-blast residual capacity. The model was derived from extensive computational modeling performed by PEC engineers.

PEC employed LS-DYNA to explicitly model various cable configurations subjected to blast loads. An ALE approach was used to model the close-in explosive charge and surrounding air while a Lagrangian approach was used for the cables.  The accurate representation of individual strands in each cable was a significant modeling challenge, with each strand modeled using beam elements with a null shell wrapper to serve as a coupling surface for fluid-structure interaction (FSI). Connectivity between the null shells and the beam element strands was established using constrained nodal rigid bodies (CNRB). This modeling approach was validated through comparison of analytical results to test data from blast experiments conducted by the USACE Engineer Research and Development Center (ERDC). 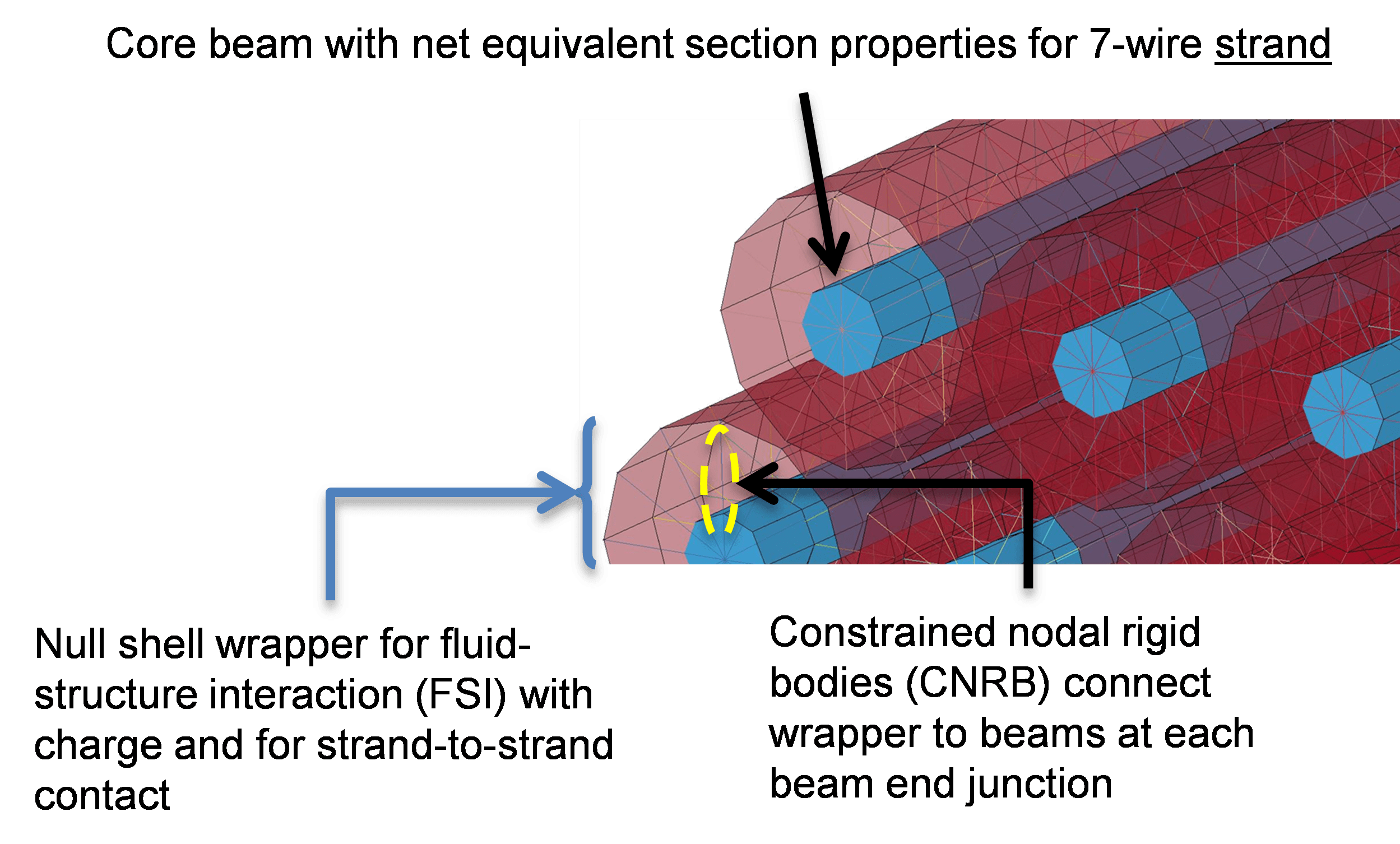 With this validated modeling approach, a parametric study was conducted to formulate a predictive algorithm for post-blast residual capacity. Variables included cable tension level, strand count, charge weight, and the standoff distance between the cable bundle and the outer covering (i.e., clear standoff). A ‘scaled weight’ was used as the independent variable in the algorithm to predict post-blast residual capacity. A combination of synthetic data obtained from analysis and empirical ERDC test data were used in the curve fitting process. Generally, predictions derived from synthetic curve fits under-reported damage 13% when compared to physical test data. To account for this difference, a 13% offset was applied to all synthetic curve fits to improve the level of conservatism provided. 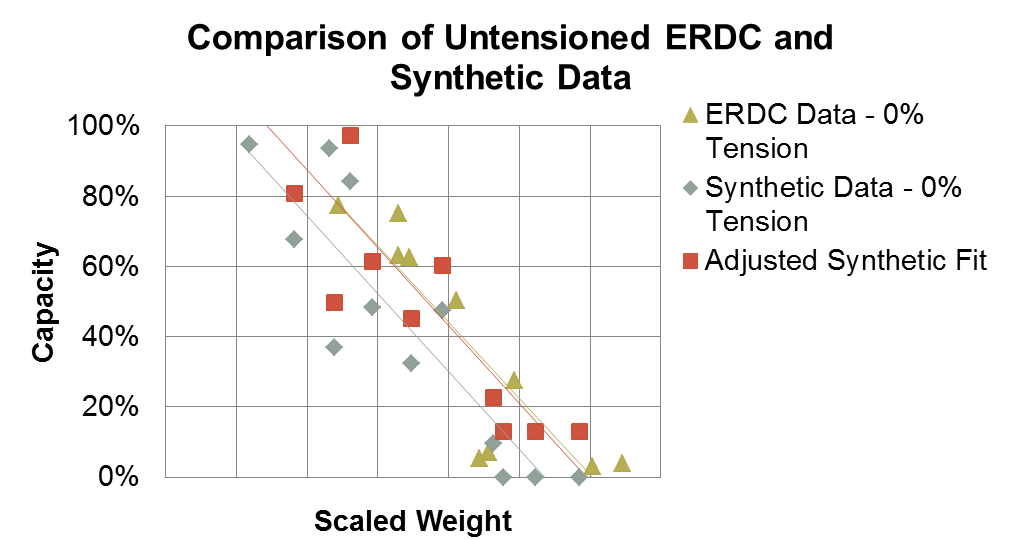 This was a challenging project that demonstrated the value of numerical modeling for creating synthetic data after the procedure is validated through comparison with test data. To learn more about PEC’s numerical modeling capabilities for extreme loads, contact Matt Barsotti, David Stevens, or Eric Sammarco.