Because of our experience as the primary author of the original DoD guidance on progressive collapse, and because we had recently provided a substantial update to that guidance in 2009, we were engaged in 2012 by the U.S. Department of Defense through the U.S. Army Corps of Engineers Protective Design Center (USACE PDC) to provide an update to UFC 4-023-03 “Design of Buildings to Resist Progressive Collapse.” Like all criteria, the UFC 4-023-03 is a “living document” which constantly requires updates and improvements as insights from research and practice are developed.

The revision, while modest in scope, offered unique challenges and the opportunity make meaningful additions. The new additions included.
A revised wood design example and the addition of a cold-formed steel example Modifications to the load equations and peripheral tie force requirements Cost estimates for the four example problems in the appendices

Design and construction criteria often benefits most from insights provided by practitioners attempting to implement that criteria in their designs and buildings. Since 2009, many new projects have used UFC 4-023-03 in design development. The update incorporated changes generally instigated by designers through our PDC client that were refined and made analytically robust by our PEC team. These additions included: 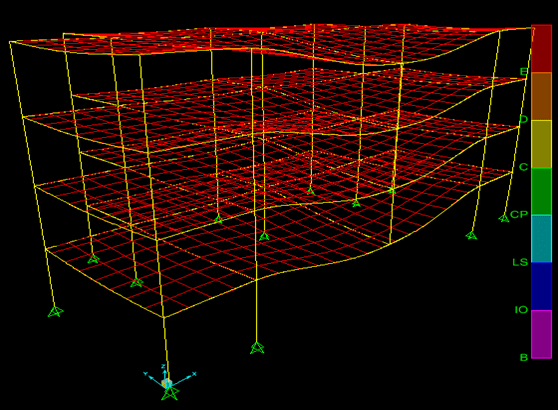 Through the efforts of the PEC project team, the 2012 revision of UFC 4-023-03 provided updated detailed examples for secondary components. The new Tie Force method mentioned above also was improved by considering façade loads in the peripheral ties for framed and load bearing wall buildings.

Additionally, analytical studies were performed using conventional structural analysis software to validate and recast dynamic and nonlinear load increase factors for the Alternate Path procedures that were developed in the 2009 version of UFC 4-023-03.

A threat-independent version of the Specific Local Resistance method that was developed and implemented in the 2009 version of UFC 4-023-03 was improved in 2012.

Finally, updated cost estimates for implementation of progressive collapse designs were developed for the four example buildings found in the UFC appendices. This cost information, while not published in the UFC, will assist the PDC in criteria applicability decisions in the future.

The revisions and modifications of UFC 4-023-03 should result in additional clarity and more consistent application of progressive collapse design requirements throughout the DoD.