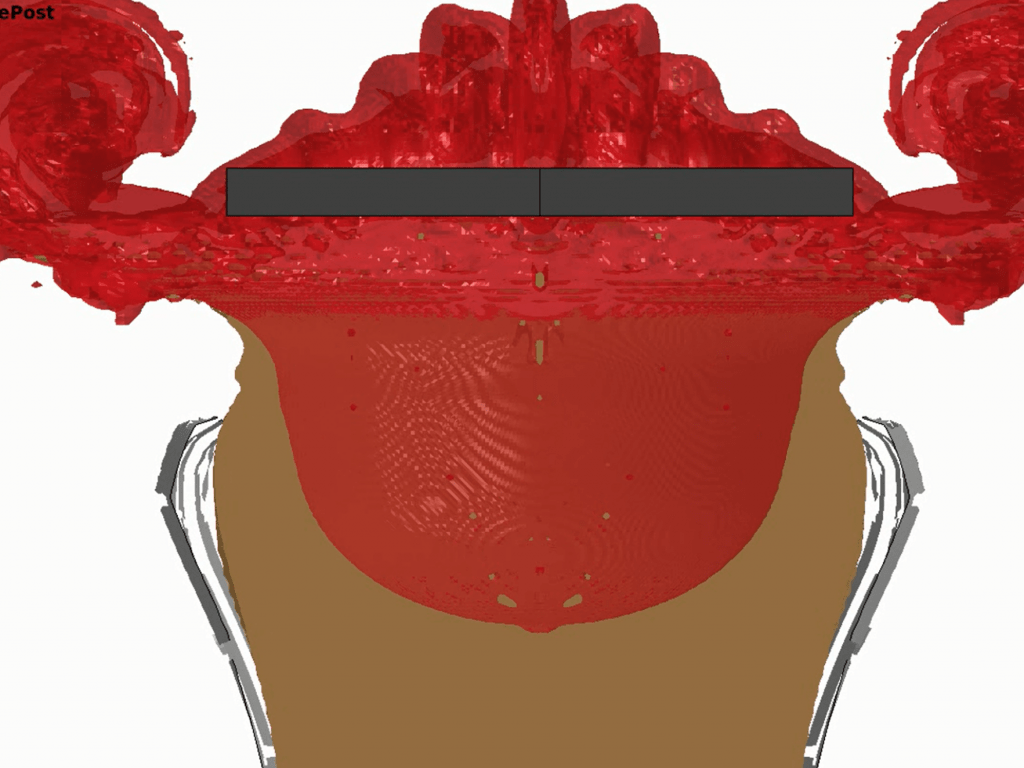 As part of the United States Marine Corps (USMC) Mitigation of Blast Injuries through Modeling and Simulation project, Protection Engineering Consultants developed a sandy soil modeling strategy for LS-DYNA that resulted in excellent agreement with experimental data.  In developing this strategy, a traditional all-ALE approach and a less conventional all-SPH approach were evaluated, as well as hybrid formulation strategies including combinations of ALE fluid and explosive materials with FEM, DEM, or SPH soil.

Regardless of the modeling strategy used, the accuracy of landmine load predictions is strongly driven by the fidelity of the soil material model.  Since most benchmark landmine tests have been performed on sandy soils of varying moisture contents, ranging from dry to fully saturated, PEC developed a generalized approach to modeling sandy soil for landmine simulations.

The PEC sand model is based on a nonlinear three-spring approach that is used to develop a rate-independent compaction model; see Figure 1. The first non-linear spring represents the pressure versus volumetric strain of the soil, up to the terminal lockup point.  The second spring represents the terminal lockup, which is effectively the bulk modulus of quartz.  The third non-linear spring represents the water as defined by a nonlinear Gruneisen equation of state.  Using the three-spring relationship and basic material test data (static strength, compaction, moisture content and unloading modulus), the compaction curve for any sand is defined by calculating the net spring resistance across the full range of compression strains.  This model requires only two inputs from the user: dry sand density and moisture content.