We began work in 2010 to provide Blast Design services for AECOM/Ellerbe Beckett in support of the design and development of a Federal Bureau of Investigation (FBI) Field Office in Tucson, Arizona. The 84,353-square-foot General Services Agency (GSA) building was opened in 2012 and will be leased for the next 20 years by the FBI in order to consolidate its three existing facilities.

Our experience working on GSA federal courthouses, FBI buildings, and Veterans Affairs clinics was a great asset to Ellerbe Becket.

The PEC team was led by Project Engineer, Aldo McKay, PE. The blast engineering services we provided were based on Interagency Security Design Criteria (ISC) for New Federal Office Buildings and Major Modernization Projects. Blast design efforts on this project included analysis and design of roof components, columns, mail room walls and ceilings, loading dock areas, annex walls and the underground garage roof. As is the case with all of our projects intended to incorporate the ISC security requirements, we began with site analysis and recommendations to maximize standoff and perimeter protection. 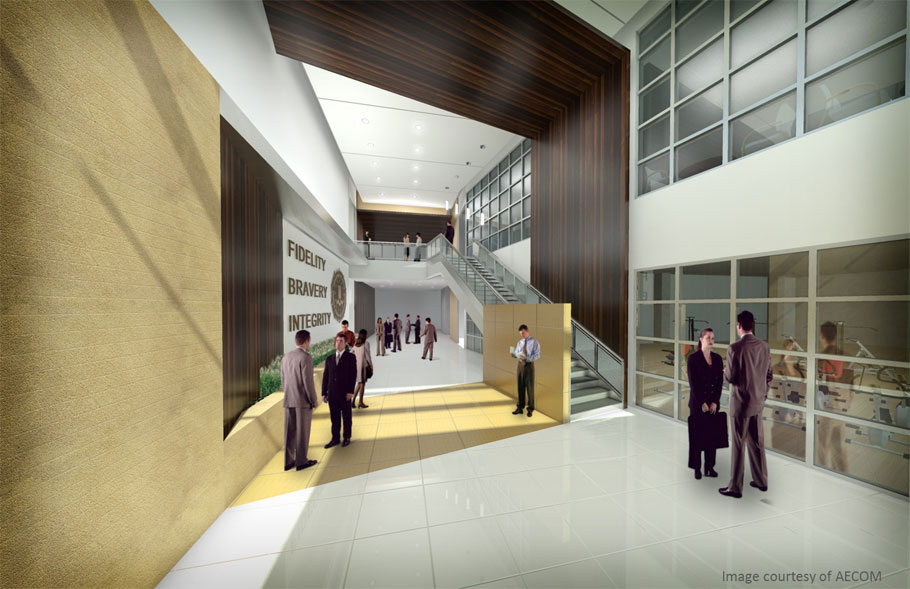 The success of this project demonstrated effective collaboration between AECOM, a large Fortune500 company and Protection Engineering Consultants, a small business. We regularly employ our design team approach to confidently work with large and small businesses from industry and the government. We are proud to have our name associated with the new Tucson FBI Field Office.