Back to Applied Research

With our unique experience in a broad range of engineering technologies, numerous firms and government agencies have approached Protection Engineering Consultants (PEC) to develop successful products or to improve existing offerings. PEC works with our customers to understand the materials and structure of the new or current products, as well as the marketplace, in terms of competitors and their products.  For clients with under-performing products, PEC applies forensic engineering technologies to identify the problems and to propose solutions. We develop, deliver, and protect intellectual property for our clients.

Depending on the product and the goal, PEC will apply analytical methods, numerical simulations, and laboratory and field testing.  We find that the development of analytical models can provide clear separation of the key physical processes and their interaction. For instance, our analytical models for aircraft undergoing deceleration demonstrate the importance of the weight distribution, geometry and axial stiffness of the landing gears, the braking characteristics, the size/type of tires, and the nature of the arresting medium. This analytical model provides a rapid assessment of design changes and can be later used by the client or the client’s customers for arrestor design.

We leverage our skills in performing detailed numerical simulations for complicated structures subjected to extreme loads to understand the unexpected failure of client products, design better products, or reduce the allowable loading of a product. After PEC employs numerical simulations to identify the likely causes, we work with the client to devise and perform laboratory or field tests to verify the improvements due to design changes. As shown in the Case Studies, our experience ranges from simple plumbing hardware to chemical weapon vapor containment systems. 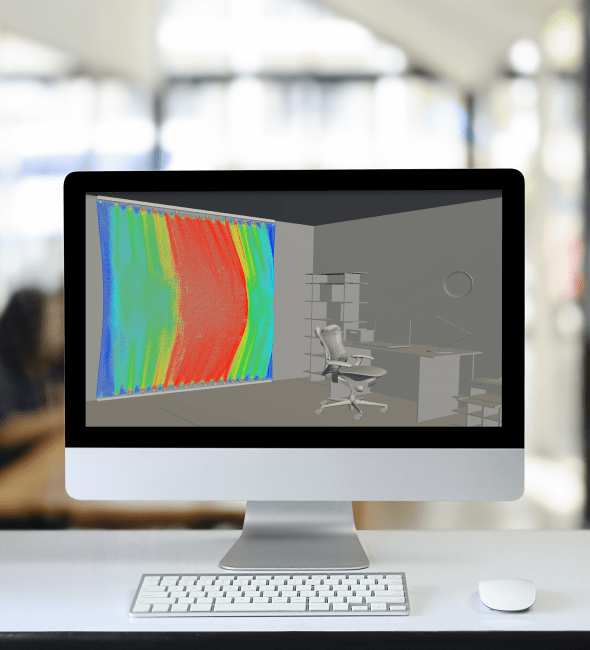 Protection Engineering Consultants is one of the world’s leaders in the field of blast protection, with extensive experience in design, modeling, and testing. Blast loads may be generated by land mines, bombs, missiles, rockets, and improvised explosive devices (IEDS), that are transported by unmanned aerial vehicles (UAVs), cars, trucks and humans. Blast-resistant products include films and coatings, windows, doors, armored vehicles, protective barriers, etc. Blast protection products must resist the applied large forces and absorb the energy associated with large forces acting over a finite, but short, time interval. Energy absorption is often accomplished by designing the system to be ductile, allowing it to deform but not fail.

Ductility can be accomplished with materials, deliberately designed mechanical responses, and combinations thereof. As shown in the Case Studies, PEC has developed blast protection products such as films and coatings that add strength and ductility to existing buildings, blast-resistant doors with specific engineered cores and connections, windows with laminated glass and supports that provide ductility and movement, and external and internal barriers from metal coil screen 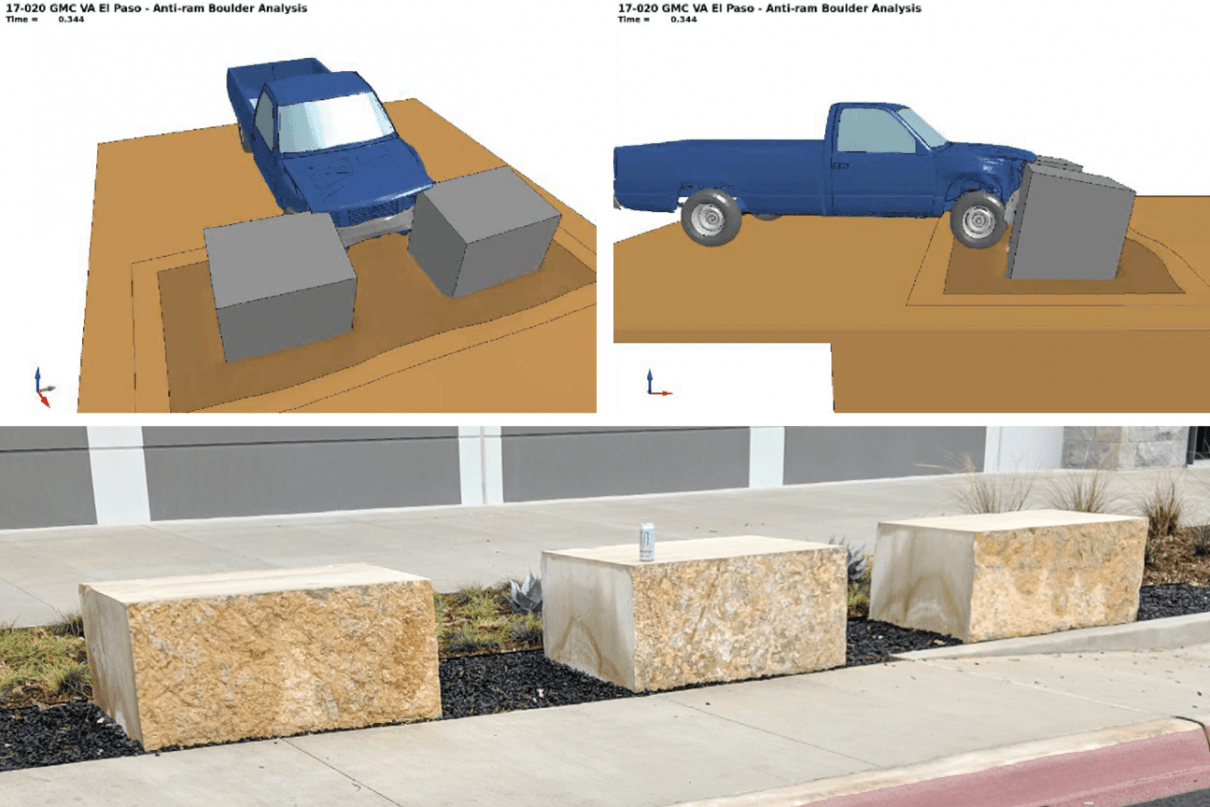 Vehicles can pose a significant threat to its occupants or to bystanders. Airline jets may land but overshoot the end of a runway, jeopardizing the passengers if the plane stops abruptly or harming persons in the path of the plane. Rail passenger cars may impact rail-side hardware, injuring the occupants. All these scenarios require the design of products that reduce personnel hazards.

Protection Engineering Consultants (PEC) has applied our experiences and skills to develop vehicle protection products for commercial clients and government agencies. We typically work with the client to develop a concept and then perform Finite Element modeling for initial evaluation. After sufficient confidence in the design is reached, prototypes are fabricated, and laboratory or field testing is performed.

PEC has developed engineered material arresting systems (EMAS) for aircraft over-run for a number of clients, starting with an Aircraft Cooperative Research Program (ACRP) in 2009. We have worked closely with Runway Safe, co-authoring patents, running field tests at full-speed with a full-scale nose gear, and designing airport installations at numerous companies. This was a flagship program of PEC and the details are given in the Case Studies, which also contain examples of rail side safety hardware development for the Federal Railroad Administration and development of various vehicle barrier systems. 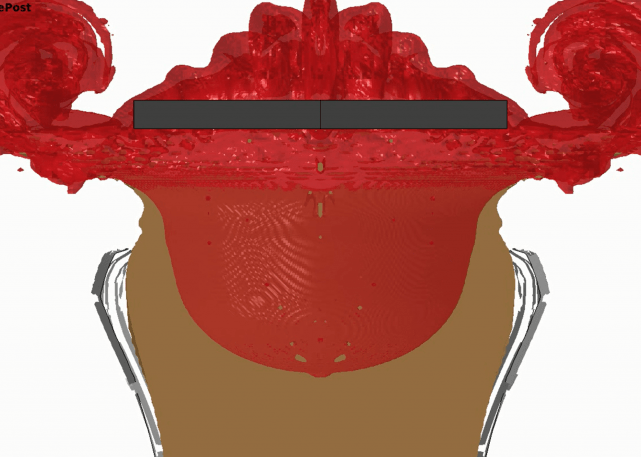 PEC’s personnel have worked for decades in the development of armored vehicles designed to survive land mines and improvised explosive devices (IEDs).  These have included military vehicles such as the HMMWV, MRAP, MATV and civilian vehicles for very important persons (VIPs). Accurately modeling the landmine loading is a huge challenge, as the interaction of the explosive, soil, air, and vehicle is very complicated. PEC has evaluated and improved several numerical modeling approaches with LS-DYNA, including Arbitrary Lagrangian Eulerian (ALE), Smooth Particle Hydrodynamics (SPH), conversion from Lagrangian finite elements to SPH, and combinations thereof. Our approaches have been validated against high precision landmine test results and employed for inventory vehicles.

While modeling the landmine interaction with the vehicle hull is critical, modeling the armored vehicle and occupant is just as important and as complicated. Metallic components often fail and advanced constitutive models with triaxiality and loading rates must be employed. In addition, there are many nonlinear components in the cab mounts, energy absorbing seats, occupant restraints, etc of the vehicle and in the anthropomorphic test device (ATD). PEC personnel have decades of experience in this area and are eager to employ this expertise to future armored vehicle development.

Protection Engineering Consultants (PEC) possesses a wide range of technical capabilities and experience for developing and improving specialized products, ranging from simple plumbing hardware to a large and complicate vapor capture system used for the demilitarization of chemical weapons. Our typical approach is to understand the client’s issues and needs, assess the current state of the product or state of the art, identify likely design and experimental approaches, perform finite element and computational fluid dynamics modeling, finalize a concept design or improvement, build prototypes, test, evaluate and repeat, until the client’s goals are accomplished. Novel product development efforts include:

A mobile vapor containment system (MVCS) developed for the United States (US) government to cover the excavation of chemical weapons where the system must filter the air during operations and remain operational upon inadvertent detonation of the explosive portion of the warhead. The MVCS can be rapidly moved from site to site, saving significant labor costs and reducing the exposure time for uncovered chemical weapons. A full-scale prototype was constructed and tested. The operational unit will be fabricated and delivered in FY 2022.

Penetrating bombs (“penetrators”) are a significant risk to hardened military assets. Improvement in near-peer threats put previously safe structures at risk. PEC was sponsored by the US military to develop a novel penetrator mitigation device that would not add substantial dead load to the existing structures. PEC developed a system based on thin-walled steel pipes that are highly pressured and placed next to each other in a staggered line. This system was tested at scale and proven successful. Full-scale tests are required to continue the development.

Blast resistant windows are designed for a specific threat (charge weight and standoff) but the actual event might involve a larger charge weight and closer standoff.  If so, the window will be overloaded and will fly into the space, causing injuries and fatalities. PEC personnel developed a novel window system that allows the glass to fail gracefully when overloaded and still remain attached to the building exterior. This concept was evaluated with finite element analysis and verified with full-scale shock tube tests at extreme pressures and impulses.

See what our clients have to say about us

Ready to work with us?

Find a solution
Find a career