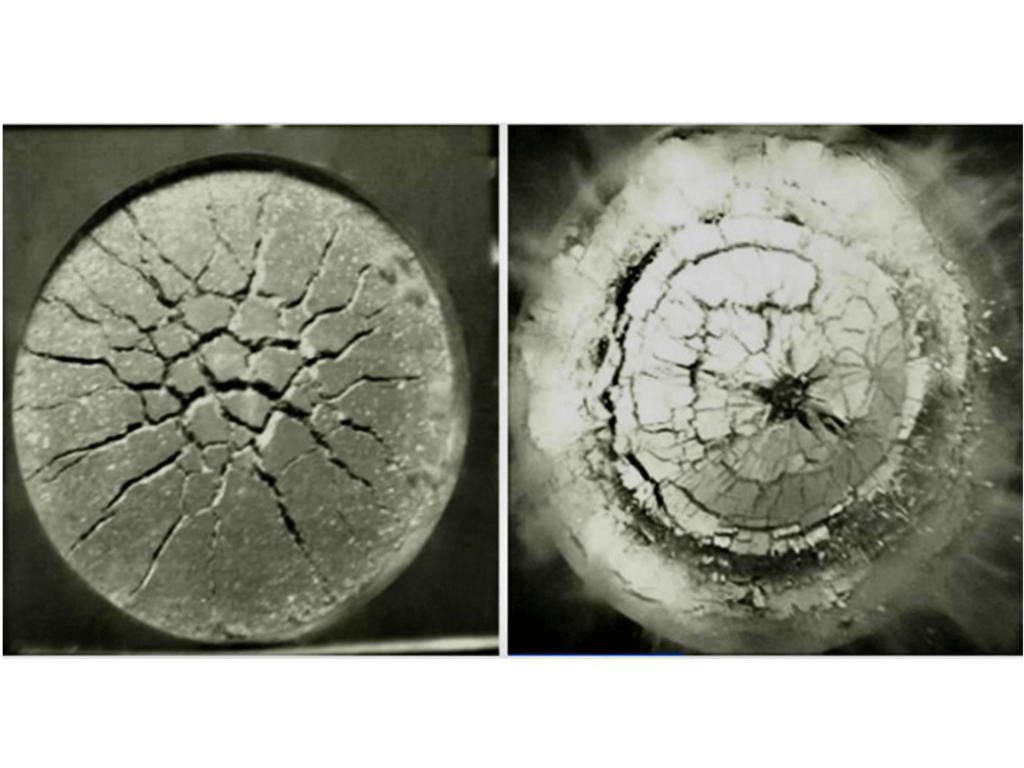 Large blast events will fail building components, such as the façade and supporting structure. Facades present the largest loading surface, are relatively weak, and will fail first and most violently when subjected to blast loads. The range of façade and structural damage extends from complete brisance near ground zero to distances at which the structure survives but the façade fails, and from the end of that range to distances at which the façade and structure are undamaged. For both ranges, the failure of the façade materials presents collateral damage hazards to buildings. This work will present results for experiments involving conventional façade materials (glass, concrete, and ma-sonry) that have been overloaded to generate debris data at the structural and material levels. The material level sam-ples have been loaded at high pressures using a small diameter shock tube to generate fragmentation at high strain rates. The structural level experiments include full-scale wall components and windows that have been overloaded in a large diameter shock tube at lower strain rates in order to generate structural level fragmentation. Results of the experiments and a discussion of the distribution parameters are presented. 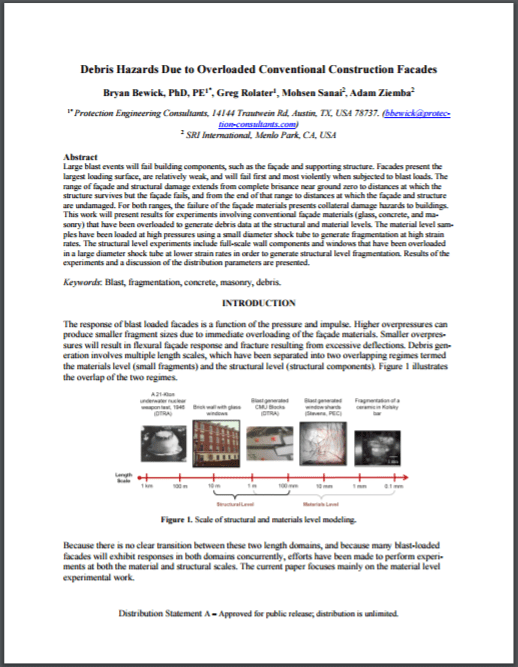