A generalized sandy soil modeling approach was used to generate parameters for the Pseudo Tensor material model and the Tabulated Compaction equation of state.  The average error for predicted impulse was less than 2.5%, which was obtained from the generalized soil model using a priori material parameter settings and without post hoc tuning. 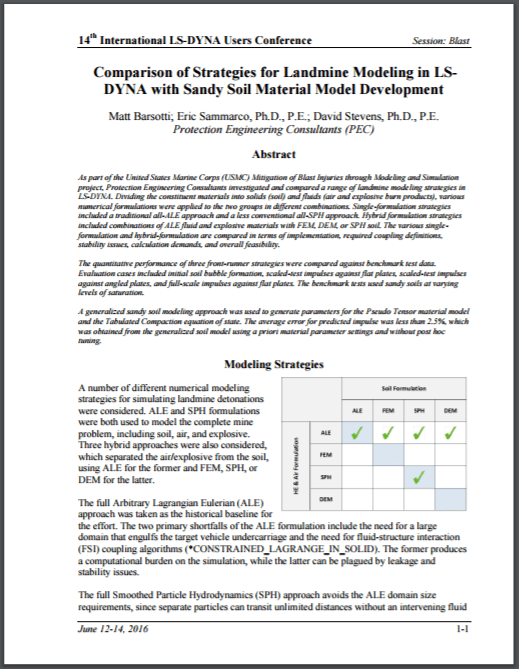